Our Gouda Cheese Recipe will guide you, step by step, to make a great textured and tasting homemade cheese.

You will have more confidence in you home cheese making. With less stress and worry throughout the process, by easily following our recipe.

We’ll share with you some little-known facts, its origins, and it’s nutrition and calories. Pretty much everything there is to know about Gouda can be found here. 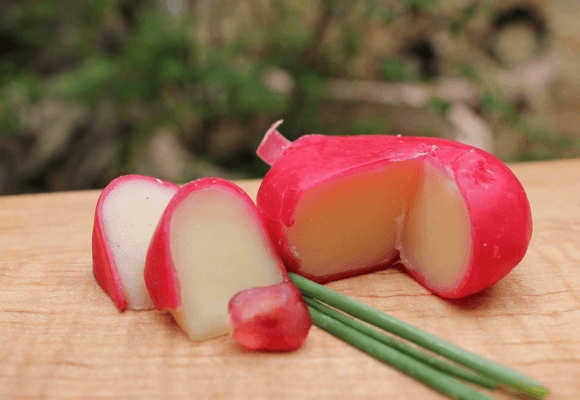 How To Make Gouda Cheese At Home

In Dutch culture, cheese making was traditionally a woman’s task and farmers’ wives passed on their skills and expertise on to their daughters.

However, this being the 21st Century, any cheese lover can make their own using the tried and tested method below. 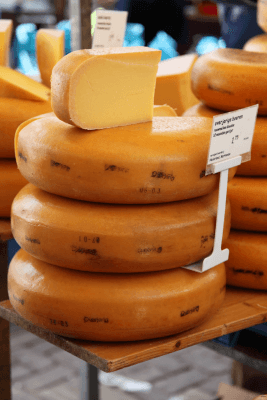 How To Make Gouda Cheese Recipe

Gouda Cheese can be aged anywhere from a few weeks up to 24 months. As the cheese ages, its taste becomes stronger which dictates how long it should be aged.

To increase the shelf life of a wheel of Gouda cheese after cutting it, wrap the original packaging tightly using plastic wrapping or aluminium foil.

You can also wrap the cheese in wax or parchment paper and afterwards cover the cheese in plastic wrap before putting it in your cheese cave or refrigerator.

Freezing this or any other type of cheese for that matter isn’t recommended because it severely affects the flavor, while the texture becomes crumbly.

What Is Gouda Cheese?

Gouda cheese is a type of mild, yellow cheese that is made using cow’s milk. It is considered to be among the top 5 most popular kinds of cheese across the globe. So far, we’ve talked about popular Swiss, French and American cheeses.

Gouda is a Dutch cheese that can be made either using pasteurized or unpasteurized cow’s milk.

The Cheese is named after the city of Gouda located in the province of South Holland, south of Amsterdam. Unlike most cheeses, Gouda doesn’t get its name by merit of being originally made in the Dutch town.

The cheese has historically been traded in the town of Gouda for centuries in the medieval market square.

Dutch cities could in the Middle Ages obtain feudal rights giving them a total monopoly on specific goods which in Gouda’s case was primacy over cheese.

The city of Gouda acquired sole market rights on cheese bestowing upon itself the sole right to have a market where the county’s farmers could come sell their cheese.

It has been dated back to the year 1184 which puts it on record among the oldest cheeses. 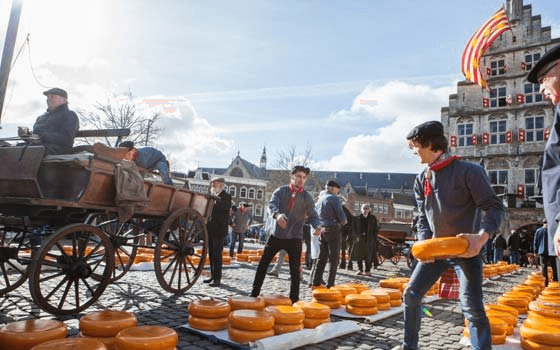 The taste varies with age. A young Gouda has a creamy texture and a mild flavor. As the cheese ages, it hardens and gains a sharp yet pleasant taste that is attributed to the formation of lactic acid crystals.

Whilst, Aged Gouda has a taste that can best be described as nutty, caramelly and buttery.

The waxy rind is not edible and can be used to determine the age of Gouda cheese. Young cheeses have a red, yellow, or orange rind while mature Gouda cheese has a darker wax rind.

How To Remove Wax From Gouda Cheese

Depending on how much you intend to eat, cut a piece off the cheese wheel and then simply peel off the wax. Be sure to clean the knife off any wax before using it again to cut the cheese you’ll be eating.

Another alternative would be to use a vegetable peeler to peel off problematic layers of wax on your cheese to expose the goodness underneath. 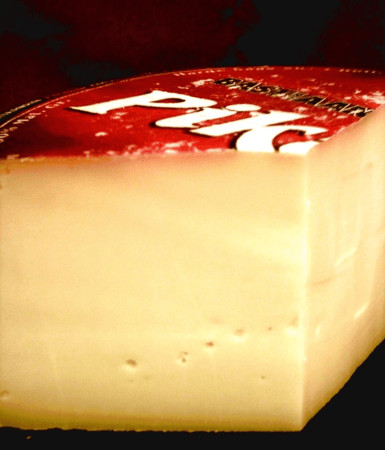 How To Cut Gouda Cheese

Then, following up with another 45-degree cut, you’ll be able to get a clean cut wedge of cheese. This way, the waxy rind will be easier to remove.

A Suitable Substitute For Gouda Cheese

Being a semi-soft cheese, it can be substituted with the likes of Edam cheese, Monterey Jack or Muenster cheese.

Other cheeses such as Cheddar wouldn’t work as suitable replacements as they have a semi-firm texture. Jack, Muenster and Edam cheese are similar in texture and flavor to Gouda cheese.

Able to be enjoyed on its own or it can also be incorporated in some amazing recipes. It matches perfectly with fruits and nuts as well. The cheese’s texture makes it easy to cut, grate, and also melt.

This cheese will assuredly make any recipe you try a gourmet dish without putting g in any extra effort.

If you need some suggestions, however, look no further, we have some recipe suggestions that’ll excite your taste buds and leave you yearning for more. Take a look below; 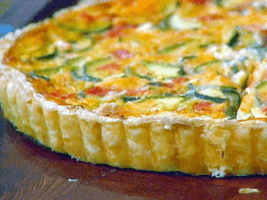 Pastries that involve cheese are an instant delight from the word go. This simple recipe makes use of simple yet delightfully tasty ingredients.

These tarts are a huge deal in my home and everybody goes nuts for these. Besides being incredibly easy to put together, a Zucchini, Tomato, and Cheese Tart is one amazing taste experience waiting to happen.

This is one of those must-try recipes if you consider yourself a true cheese aficionado. Who doesn’t love mac and cheese? Throw in some chicken and you have yourself a worthwhile treat.

This recipe incorporates a host of healthy ingredients not forgetting the tasty Gouda cheese. It is also easy to make and doesn’t take too long to prepare. If you asked me, that’s the winning trifecta. 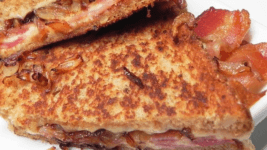 Now here’s one recipe that will definitely get everyone excited and eager for more. Sandwiches are a personal favorite that’s why I saved the best for last. Every now and then, you need a cheat day and nothing fits that bill better than a Grilled Cheese, Onion and Bacon sandwich.

You can get as creative with the ingredients as you want. Throw in more bacon as well and while you’re at it, more onions as well. Treat yourself today, you deserve it.

Depending on the age of your cheese, there are a couple of wine pairings that would go really well with it. Here are some suggestions. 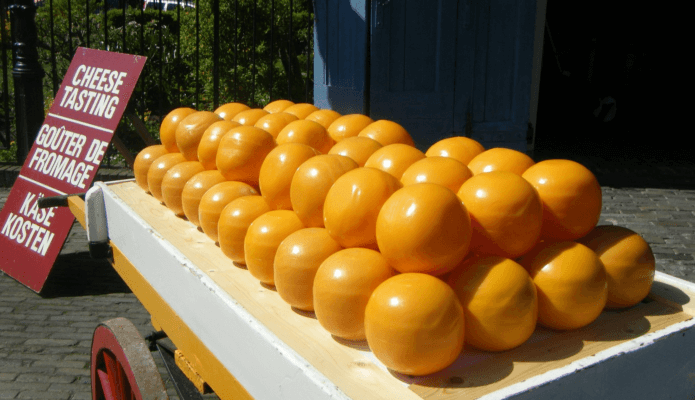 Gouda Cheese During Pregnancy, Is It Safe?

It is among the tastiest cheeses that are also safe for consumption by expectant women. This is important to know because food-borne illnesses can pose serious risks to both the mother and the unborn baby.

Expectant women are ten times more prone to complications arising from consumption of cheese compared to the general population.

That being said, you can rest easy and enjoy your Gouda knowing your pregnancy is safe.

Do you have any questions or comments? Join the discussion over at the Curd Nerd Forum. We would love to hear from you!

We hope you have enjoyed making our Gouda cheese recipe at home as much as we do.

11 thoughts on “How To Make Gouda Cheese At Home”