This Brie Cheese article will uncover all there is to know about this delectable cheese, “The Queen of Cheeses”.

Our how to make Brie cheese at home recipe will guide you, step by step, to making your own delicious homemade cheese.

You will have more confidence in your cheese making and less stress throughout the process, and you’ll have a simple, proven recipe for a delicious creamy homemade cheese.

By the end of this article you will know all there is to know about this amazing cheese.

Such as baked brie recipes, wine pairings, it’s origins, nutritional and calorie facts and much, much more. But first what is it? 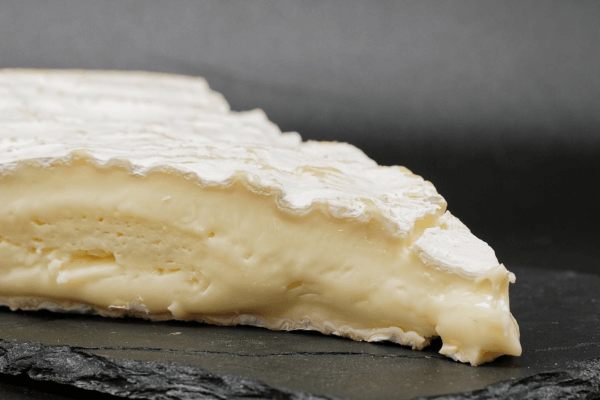 What Is Brie Cheese?

Brie is a soft, creamy cheese with a moldy, edible rind.

The cheese can either be made using pasteurized or unpasteurized cow’s milk and is often sold in small cheese wheels.

Brie can either have an off-white or yellow appearance on.

It is considered one of the most delectable cheese in the world and is sometimes referred to as ‘The Queen of Cheese’.

It is regarded as the best known French cheese.

It has a similar complexity of aging as the Camembert recipe which makes it a more challenging soft cheese to make, but it is definitely worth the effort when you get it right.

The cheese is best served at room temperature. It goes down well with champagne, fruits, nuts, and can also serve as a wonderful dessert treat.

The taste can be described as being earthy, fruity, nutty, and even grassy.

The aroma is well balanced and milder compared to other types of French cheese such as Camembert.

The flavor may, however, vary depending on what other ingredients have been added to the cheese.

Some people add herbs in the initial stages imparting upon it a unique flavor. 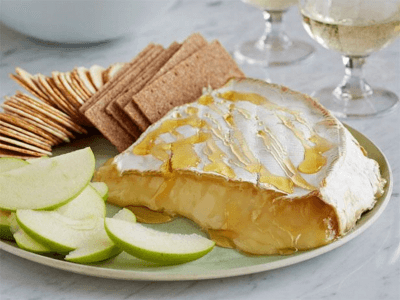 A French cheese that is named after the small town of Brie located in the Seine-et-Marne region.

Since the mid-8th century, it has been adored and worshipped by French royalty.

From Charlemagne, King Philip Augustus, to Louis XVI who delayed escape plans to enjoy some Brie and wine, before being captured and eventually beheaded.

The cheese was occasionally gifted to members of the French Royal court for as Christmas and New Year’s gifts.

Traditionally made using raw cow’s milk which imparts upon it a rich earthy flavor that is milder then when made using pasteurized cow’s milk.

Declared the Cheese of Kings at the Congress of Vienna, Brie comes in two variants; 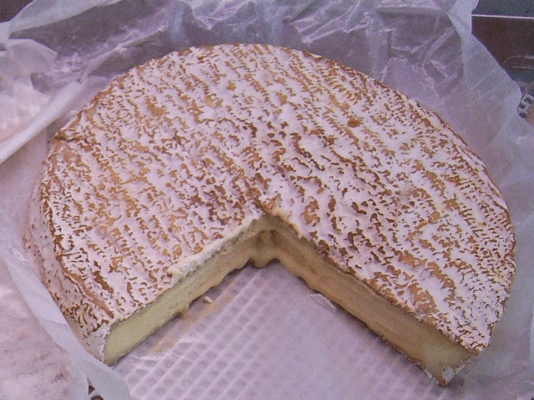 Both varieties of cheese attained AOC status in 1980.

Most countries prohibit the import of ‘true” Brie which is made from unpasteurized cow’s milk.

The United States, for instance, demands that cheeses made from raw milk must be aged at least 60 days to qualify for importation.

60 days is a long time as far as this is concerned. It would be too ripe for enjoyable consumption.

To substitute your Brie, you can settle for equally flavourful and soft textured cheeses such as Camembert or Reblochon.

These work as excellent replacements and deliver a wonderful taste experience as well. 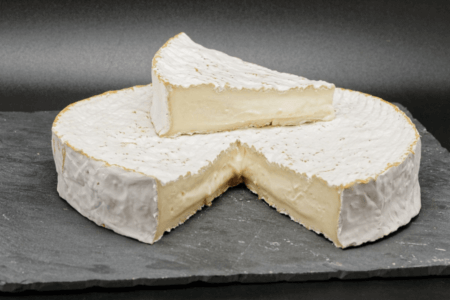 Can You Eat Brie When Pregnant?

This cheese has been enjoyed by Royalty and peasant folk as well for centuries.

It is however not safe for consumption by pregnant women.

Cooking it thoroughly could render it safe for consumption by pregnant women as this kills all the “live bacteria”, but it is best to be avoided.

I know it may be extremely difficult to avoid this delicious cheese for 9 months.

To be safe, however, it is recommended to not consume during the pregnancy up until when you have weaned your baby. 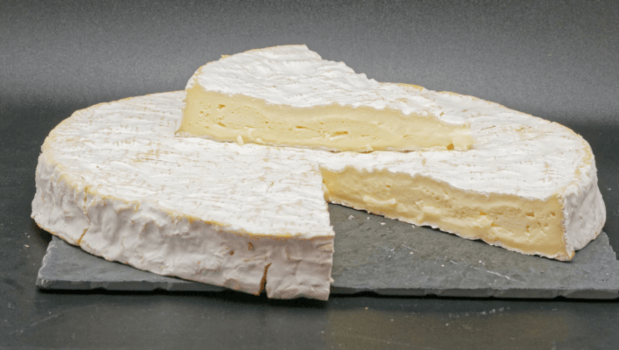 How To Make Brie Cheese At Home 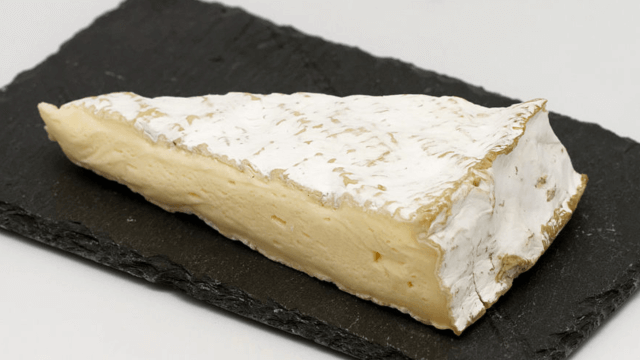 How To Cut And Store Brie

As mentioned, it should always be served at room temperature. The French have rules that govern almost everything you can imagine.

As far as cutting cheese goes, Cheese etiquette demands that you cut it the same way as you would a pie.

When presenting your “plateau de fromage” be sure to include a couple of cheese knives.

To cut a cheese wedge, simply cut off the nose at an angle and NEVER parallel to the rind as this is frowned upon.

Afterwards, cut slices downwards from the rind to endure everyone gets a taste of the delicious white moldy rind.

Lastly, it is considered odd to scoop out the cheese and leave the rind behind. Every part can be consumed.

To store, wrap it in plastic wrapping and place it in your cheese or vegetable drawer.

Never at any point should it be frozen.

Generally, Brie will last for up to two weeks after it has been cut.

Brie makes excellent baked recipes among others. The cheese of Kings boasts its share of delightful recipes your family will be eager to try. 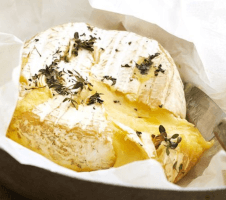 This simple yet utterly flavor-filled recipe is a classic Australian Christmas Day treat.

As the name suggests, the recipe entails baking Brie and introducing the wonderful aromas of thyme and garlic.

The method is fairly simple.

This recipe is best enjoyed when served with crackers or bread. 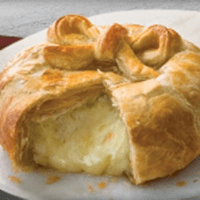 This is one of those recipes that you should try on a lazy Saturday afternoon.

The beauty about it is that the method is quite simple while the flavor on the other hand is anything but modest.

Nothing beats a baked Brie recipe and this is most certainly one of my favourites.

Throw in some sautéed onions, some crispy bacon, and a sauce of your choosing and be amazed!

Treat your senses to this delightful experience, you deserve it. 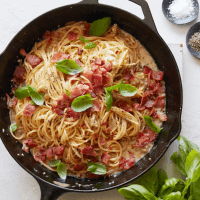 This pasta recipe is sure to wow you and your loved ones. Odds are, it’ll make regular appearances at dinner on your weeknights.

The recipe is incredibly simple yet so tasty!

In about 25 minutes or less, your taste buds will be having the time

of their lives with this dish. Bacon is well-loved and so is pasta with cheese. Throw in some Basil and toss the cooked ingredients together and voila!

Do you have any questions, comments or suggestion? Join the discussion over at the Curd Nerd Forum.

We would love to hear from you! We really hope that you enjoy our homemade Brie cheese recipe as much as we do.

9 thoughts on “How To Make Brie Cheese At Home”