This article will guide you, step by step, to make your own cheese cultures at home.

By doing this you will save a lot of money from buying thermophilic and mesophilic cultures so often.

Allowing you to make more homemade cheese for less costs.

The bottom line is I have been doing this for years and it has saved me a pretty penny.

It has allowed me to make more delicious cheeses then I would have been able to, if I had to buy starter cultures all the time. 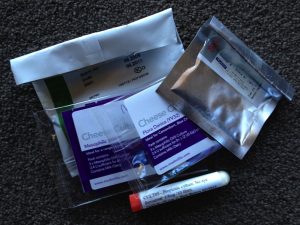 Now, there’s a whole lot that goes into making the perfect wheel of cheese, of which cheese cultures take center spot.

Until recently, a crucial part of getting a great, tasty cheese meant having all the right ingredients and conditions necessary to nurture your own cultures, or to have had an established one shared with you to use.

Conversely, you had to have had an established set of cultures provided for you to use. These were and still remain to be known as mother cultures.

What Is Cheese Culture?

So, what is cheese culture? A Cheese culture comprises one or several species of lactic bacteria.

These lactose fermenting bacteria when added to milk, digest the lactose sugars to produce lactic acid which is what causes the formation of curds.

Without cheese cultures, you’d be making sour, coagulated milk cheeses that certainly do not come close to anything like the cheeses most of us enjoy.

Technology has turned around the traditional methods of making cheese. Now, you can buy bulk, readily prepared starter cultures to use as you like.

Even if you don’t have a local cheese-making supply store, you can jump online and with the click of a few buttons have cheese cultures swinging their way to you within a couple of days.

This has however done little to solve one home cheese making problem, the high costs of cheese cultures. One of the most expensive parts of making cheese at home is buying the starter cultures.

In such instances, the costs really start to add up. This brings many DIY cheese makers to a point where they ask themselves whether they should create their own cheese cultures and make cheese making more economical.

A percentage of DIY Cheesemakers stand by the clear benefits of purchasing commercial starter cultures as opposed to making one’s own.

There are, however, numerous benefits of creating your own cheese cultures. By far, the best reason you should consider making your own cultures, as mentioned, is the reduced costs.

You can save a whole lot of money by taking one small amount of purchased starter culture and using it to make your own mother culture.

Afterwards, continue to re-culture from that first batch, without spending an extra cent. A lot of cheese can be made from each batch of lactic bacteria cultures if stored properly.

The cost savings will soon become apparent when you no longer have to keep stocking up on DVI cultures (Direct Vat Inoculation).

Another benefit to making your own cheese culture is that you’ll have easy access to as much starter culture as you may need, without worrying about your order getting delivered on time.

What Is Mesophilic Culture?

A mesophilic culture is a type of cheese culture that is best suited to work in moderate temperature. That means milk that is neither too hot nor too cold, anything up to 90°F.

How To Make Mesophilic Culture

Before you commence the process, it is vital that you maintain high standards of cleanliness, especially when preparing the mother cultures, similar to when you’re making your cheese.

A mother culture is the base bacterial culture from which you will draw samples to use in your future cheese-making projects.

Types Of Mesophilic Cultures And Their Uses

An aromatic mesophilic culture used in making soft cheeses such as Neufchatel, Chevre, and Cottage Cheese. This culture can also be used to make flavorful aged types of cheese such as Baby Swiss and Blue Cheese.

Used to give cheeses a buttery flavor. The bacterial culture is primarily used to produce cheese such as Edam, Gouda, Leerdam, Samsoe, and other types of soft cheeses such as Camembert, and Blue Cheese.

A versatile cheese culture that can be used to produce semi-soft and fresh cheeses at home. You can use this culture to makes cheeses such as Monterey Jack, Colby, Cheddar, Chèvre, Feta, and more.

A versatile cheese culture used to produce buttery, flavorful cheeses. This type of culture is mostly used to make soft cheeses such as Cream Cheese, Goat Cheese, and Cottage Cheese. You can also make sour cream and cultured butter among other speciality cheeses such as Camembert and Havarti.

This culture contains bacteria that resembles the bacteria balance in raw milk. This culture creates an open texture ideal for many types of cheese that include Brin D’ Amour, Caerphilly, and Roquefort cheese. 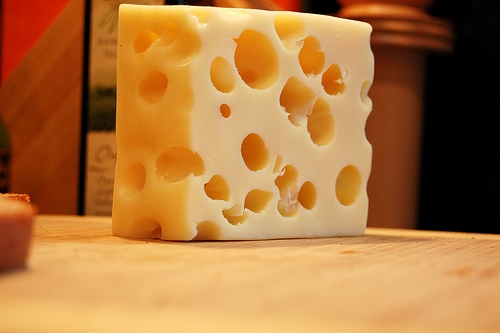 What Is A Thermophilic Culture?

A thermophilic culture involves bacteria that can withstand high heat and is used to make cheeses that can be heated up to 130 degrees.

How To Make A Thermophilic Culture

Allow the milk to cool and afterward incubate it at 110 degrees Fahrenheit, for 6 to 8 hours as opposed to the longer period for a Mesophilic culture.

Otherwise, the two processes are similar and, with the right care and conditions, should result in a batch of your very own homemade thermophilic culture ready for use.

Types Of Thermophilic Cultures And Their Uses

This type of thermophilic culture is used in the making of hard cheeses such as Romano, Parmesan, Mozzarella, Provolone, Emmental and Swiss cheese.

Primarily used for the eye formation in Emmental and the aroma, and flavor production in Swiss-type cheeses such as Gruyere.

This is also used to make Italian cheeses. The bacterial culture is suitable for making farmstead type cheeses, such as Gruyere, Emmentaler, Swiss, and Vacchino Romano cheese. 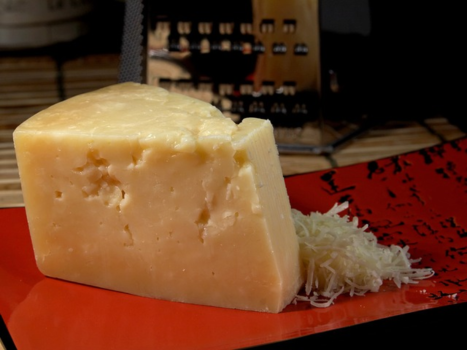 Once you’re done making your mother culture, leave it in a jar and place it in the fridge.

The cultures should be used within a week.

However, if you intend to store the culture in the freezer for later use.

You can freeze it in ice cube trays and then pop out the cubes to store in freezer bags for a period of up to 6 months.

Remember to label your mother culture depending on what type it is, and the date you made it.

When you are ready to make your next wheel of cheese, simply use one ice cube for every 2 gallons or 10 litres of milk.

You can also use these ice cubes to start a new culture, using the same directions explained above.

This time, use an ice cube of your mother culture instead of the DVI cultures to inoculate the milk.

If for any reason your cheese culture goes bad, don’t use it to make cheese.

If it doesn’t coagulate, despite following all the steps, the correct temperature and time period, or has bubbles in it, then throw it out and start over again.

A bad starter culture will translate to bad cheese and a total lost time and effort.

Making your own starter cultures is a wonderful way to advance your home cheese making and to make this artisan craft even more economical.

So, give it a go, and make your own Thermophilic and Mesophilic cultures and let us know how it turns out for you.

As always, feedback, advice or questions are welcomed. Join the discussion over at the Curd Nerd Forum. We would love to hear from you!

If you’re a cheese shop owner and are looking for ways to set up your business for success, here are our top resource to help you do that:

-Secure your safety through worker’s comp insurance from Cerity

-Don’t forget to check out some New Cheese Recipes

If you have enjoyed this post then you will love these cheese articles:

How To Add Cheese Starter Cultures

12 thoughts on “How To Make Mesophilic Cheese Cultures At Home”