Learn how to make Manchego cheese by following our recipe which will guide you, step by step, to make a great textured and tasting homemade hard cheese.

You’ll have more confidence with your cheese making, less stress throughout the process, and you’ll have a simple, proven recipe for a great Manchego cheese.

I will bring your attention to the best ways to store, cut and use your homemade cheese.

But first, what’s the real story behind the cheese we know as Manchego? 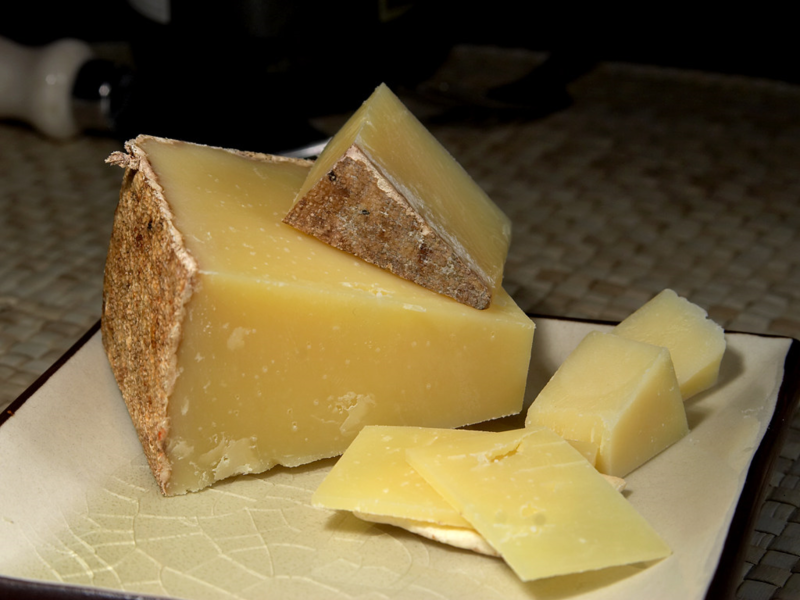 How To Make Manchego Cheese

I am always up for trying new types of cheese and using sheep’s milk for a change is quite refreshing. I have however made the recipe below with cow’s milk.

The flavorful cheese is made using a fairly simple method.

The rind is inedible and has a characteristic, traditional herringbone basket weave pattern, pressed on it.

A distinctive ear wheat pattern is pressed on the top and bottom parts of the cheese wheel.

This is a great video that shows the different steps of making Manchego. It is worth a watch before you start on the recipe below.

Where Is Manchego Cheese From And What Is It?

There’s plenty of things the La Mancha region of Spain is famous for. Some of these include Don Quixote, 16th-century windmills, and cheese.

Made from unpasteurized sheep’s milk, it is among the most popular cheeses from Spain, right alongside Mahon cheese.

Traditionally it was made using grass molds which leave a distinctive, zigzag pattern that has come to be associated with the cheese.

Real and authentic Manchego cheese is made only from the Manchego sheep’s milk.

But of course, any sheep’s milk will do when making this recipe at home. I have even used cow’s milk with the recipe below.

Interestingly, Manchego cheese is granted a Protected Designation of Origin status by the European Union. 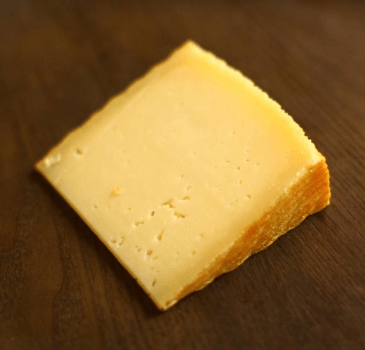 This is an extremely flexible cheese, in that it can be aged from as little as 3-12 weeks, right through to 1 year or more.

It is a reasonably mellow cheese but the richness of taste will depend on how long you age this cheese for.

It can be eaten within 1 month of making or left to age as long as 24 months.

Cut your cheese into quarters, oil them individually and wrap them in cheese paper, then age for different periods to see what you prefer.

The Differences In Aging Periods.

This is a young cheese that is aged between one and 3 months.

The semi curado cheeses are supple and moist with a fruity, grass, and hay flavor with a tangy note.

Has been aged for 6 months acquiring it a caramel and nutty flavor. The cheese has distinct acidity.

Has been aged for one to two years. The cheese acquires a crumbly texture while the interior of the cheese has a butterscotch color.

The Viejo cheese has a sweet, lingering taste.

This cheese is rich, buttery and becomes sweeter as it ages.

The cheese pairs well with a couple of wines which includes another popular Spanish export, Tempranillo.

I enjoy pairing my Manchego with a Cabernet Sauvignon or a sherry, these work quite well for me. 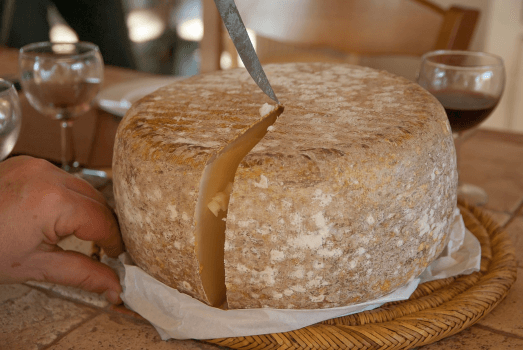 How To Cut And Store Manchego Cheese

You might be wondering how to cut Manchego cheese and perhaps even more importantly how to store it.

Well, a semi-soft, and sharp-flavored cheese such as this should be preferably cut into thin slivers.

The rind should be left on the outer edges for visual clues as to the type of cheese being served.

But, the Manchego cheese rind is to be discarded and not to be eaten.

Cut the wedges cross-wise, then proceed to cut vertically along the rind.

Slice the cheese into thin, even wedges from the top center outward.

It is very easy to store as you can either store it in your fridge or put it in your cheese cave or room that is no warmer than 20°C.

If you want to store it in a normal room, ensure the ventilation is great and the humidity levels are also low.

Place the cheese on a wooden tray and wrap it in clean waxed paper to preserve the delicate flavors of the cheese. 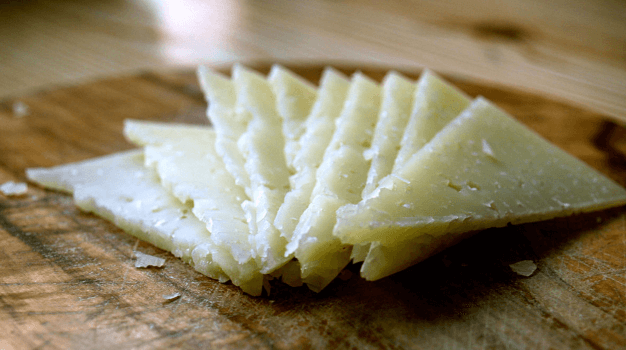 What Is Manchego Cheese Used For?

Depending on how old your Manchego cheese is, there are a couple of different serving suggestions.

For a young curado or semi curado, I’d recommend you ditch cheddar and replace it with a burst of flavor.

Fancy a hotdog? Well, you can settle for your spicy chorizo or boerewors in a bun with grated cheese.

In my experience, I have found the cheese works quite well with light recipes such as croquetas with ham and Padron peppers, Lamb-stuffed aubergines with Manchego cheese and Moorish spices and more.

You can also be used in various sauces, desserts or baking projects.

My favourite way to enjoy my homemade cheese is simply by itself with a glass of wine. 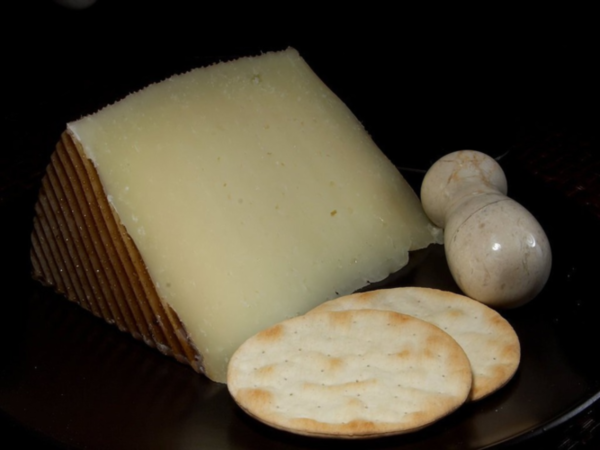 A single ounce contains about 90 calories.

Fat makes up 70 percent of the calories and 30 percent come from the protein in it.

A 100g wedge has 320 calories, meaning the serving sizes can make a huge difference in nutrition.

So, go on and try our Manchego cheese recipe and let us know what you think in the comments section.

Your feedback is highly appreciated as always.

Do you have any questions or comments about how to make Manchego Cheese?

Join the discussion over at the Curd Nerd Forum.

We would love to hear from you!