If you’ve been making cheese for any period of time you’re probably aware of the conversations about raw milk versus pasteurized milk, or perhaps you’ve already started thinking about it from your own perspective.

If you do a quick Google search on raw milk vs pasteurized milk you can get lost in the plethora of information and sometimes heated debate about this subject very easily.

But what’s the fuss all about milk and how does it affect Cheese Making? 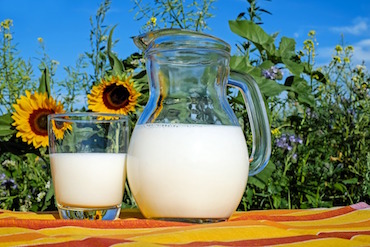 Milk Definition – Which Milk Is Which

This is milk straight from the source be it cow, goat, sheep or even buffalo. It is full of natural bacteria and organisms.

This is milk which has been heat treated to up to 172 degrees Fahrenheit for 15 seconds or more in order to destroy any undesirable bacteria present.

Most of the milk in the grocery stores, unfortunately, is ultra-pasteurized which means it is heated up to 212 degrees Fahrenheit for at least 1 second. All natural organisms in the milk, including those that are beneficial, are killed with this treatment.

Milk treated to 280 degrees Fahrenheit which again, renders it totally free of all bacteria, good or bad. 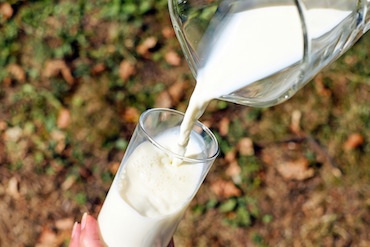 Is Pasteurized Milk The Best Milk For Cheese Making?

Pasteurization involves heating the milk to a high temperature and then rapidly cooling it. The purpose of pasteurization is to kill unwanted bacteria including Listeria, E. coli, Staphylococcus aureus and Salmonella.

As well as give the milk a longer shelf life, which is of course more economically sound for suppliers. Some suspect this is now the primary reason for suppliers pasteurizing their product.

Rather than any real need for the control of bacteria (assuming most commercial milk comes from quality, regulated farms with tested, healthy animals), but this post isn’t here to add to that debate.

The pasteurization process means that beneficial, natural bacteria are also completely removed from the milk and therefore are also devoid in the resulting cheese.

In addition, with heat treating the natural enzymes and proteins in the milk are killed or damaged and because the whey proteins have been altered as part of the process the curd you get tends to be slightly weaker, requiring the addition of products such as Calcium Chloride (CACL2) as a remedy.

Raw milk cheese has a much more fresh and complex flavor and a good raw milk cheese is normally a more superior milk cheese than a good cheese made with pasteurized milk.

Raw Milk Is The Best Milk For Cheese Making

One thing is certain, and that is that it is not recommended to use Ultra Pasteurized Milk or UHT Milk at all. Neither will give you good results when making cheese and it is worth making the effort to source even a good quality (preferably Organic) pasteurized milk rather than use these products for cheese making.

What can sway the decision for cheese makers, about whether to use raw milk or not, is if you are considering selling your cheeses.

Depending on which country you live in, raw milk products may or may not be legally sold while some regions will allow raw milk cheese to be sold, but only after it has been aged for a certain minimum duration.

If you do decide to use Raw milk for cheese making, ensure that you know that the animals the milk comes from are healthy and ethically farmed and that the milk has been sourced and stored in exceptionally clean conditions.

Homogenization breaks down the butterfat in milk to allow it to integrate in with the rest of the milk rather than sitting on the top. It does cause minor damage to the milk but not nearly as much as pasteurization.

If you still want to play it on the safe side, you can pasteurize your raw milk at home.

This process can still reduce the amount of good bacteria but the structure of the milk isn’t damaged as severely with home pasteurization due to a lower heating temperature than used by commercial milk manufacturers.

To pasteurize your raw milk at home heat it to 145 degrees Fahrenheit for 30 minutes then cool down to cheese making temperature if using straight away or cool rapidly and then refrigerate if using later.

I’m interested in your thoughts on raw milk cheese versus cheese made with other milk products. Let’s not get too heated (mind the pun) here but your comments are always appreciated.

17 thoughts on “What Is The Best Milk For Cheese Making?”