Many recipes that have cheese as a main ingredient really do demand the true full and sharp taste of Cheddar. Think cheese scones and cheese puffs. They just wouldn’t be the same with a more mild flavoured cheese.

A decent Cheddar can be expensive, especially the delicious vintages, but making your own Cheddar at home can yield you a far superior cheese than the cheap blocks you might buy otherwise at your local store.

Making your first block of Cheddar can seem daunting though. While the name of this cheese came from the area in England where it originated, cheddaring is also the term for the technique of milling and stacking the curds during the make, a seemingly complex process that can deter new cheese makers. 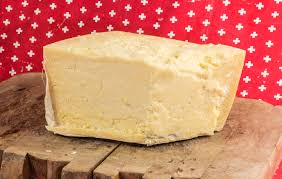 A Cheddar make also takes nearly 8 hours, followed by a day and half of pressing and many months of aging. This is definitely not a quick win cheese.

But it is still possible to enjoy your own home made Cheddar without too much effort.

More rustic in appearance, Farmhouse Cheddar is sometimes considered the poor cousin of traditional Cheddar but I have a personal fondness for it due to the ease of production and the fact that it can be enjoyed in just a few months.

Farmhouse Cheddar tends to be slightly more crumbly and a bit drier than the firmer, traditional Cheddar and with a short aging period it might be assumed it isn’t as complex in flavour but I find that you still get the sharpness and the fullness of taste that are the signature of a traditional Cheddar.

And the best news is, that making Farmhouse Cheddar, doesn’t require the stacking and milling process (cheddaring) or the long pressing times that traditional Cheddar requires so it is much easier and quicker to make.

In fact some cheese makers now believe that the cheddaring process is more about tradition, rather than a requirement for taste and texture so why not take the easier path with Farmhouse Cheddar?

In saying that, I do like to make a Traditional Cheddar every now and then, when I have more time. I like to experience both styles of Cheddar and keep exploring the more advanced cheese making skills.

So if you are considering a foray into hard cheeses, you might like to try out this simple but rewarding Cheddar.

I will post the recipes for both Farmhouse Cheddar and Traditional Cheddar here on Curd-Nerd so you can take your pick, but if you are new to making hard cheeses, I would definitely recommend trying the Farmhouse first.

Have you tried making Farmhouse Cheddar? How did you go? Join the discussion over at the Curd Nerd Forum. We would love to hear from you!

One thought on “The Easy Going Member Of The Cheddar Family”