Once upon a time there was only cling film, and sandwich bags.

Then someone found a way to take the concept of those two items and invented a product which didn’t just cover your food in plastic, but it actually sucked out all the air first, creating a air-tight, vacuum sealed wrapper.

Welcome to the Vacuum Sealer! 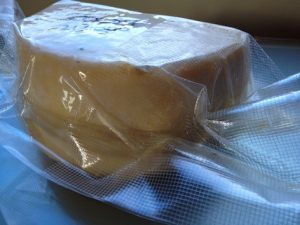 The Vacuum sealer has enjoyed renewed popularity lately. With more and more people growing and preserving their own produce and the economy encouraging better food saving to prevent wastage.

But vacuum sealing has long been a recommended way for people to save store bought cheeses, re-sealing them to prevent that hard edge forming and the mold taking over.

But is vacuum packing suitable to age your cheese in as well?

There is much debate about this topic, not unlike the Raw vs Pasteurised milk conversation. Some cheese makers believe that a cheese ceases to age once vacuum sealed, and others believe it is a perfectly suitable product to use for aging and have no issue with the results they achieve.

The answer to this question, for yet another group of cheese makers, is a definite ‘no’ simply because it doesn’t ‘seem’ right. Vacuum sealing cheese for aging is certainly not a traditional method and you probably won’t find many artisan cheese makers using this method.

But with many commercial cheese companies now selling high end cheese, vacuum sealed right out of the press, vacuum sealing appears to be more readily accepted as a modern, safe and easy way to age and store cheese.

So why do some cheese makers prefer to use this new method, over the tradition methods? 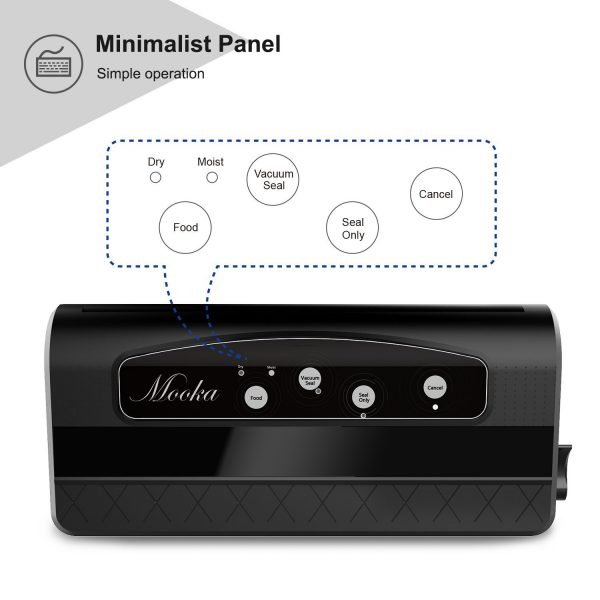 On the face of it, it would seem that vacuum sealing and waxing are comparable. They both seal the cheese away from air and molds and prevent moisture loss.

But wax and vacuum bags have a totally different composition and being aware of how each will impact your cheese making will help you decide which to work with.

Cheese wax is breathable, allowing for the exchange of air and gases which is necessary to properly age a cheese.

Again, there has been debate about whether wax is indeed breathable but if you have ever waxed a cheese that had too much moisture left in it, you will know that it weeps and releases whey.

Plus, even with all your cheeses waxed, you will get a cheese smell in your cheese fridge which suggests there has to be air and gas exchange occurring.

On the other hand a vacuum bag, by it’s very design, is totally impermeable so that it can hold it’s seal.

This means no air or gas gets in, or out. Commercial cheese makers have access to a different film which is more permeable but this is not commonly available to be used with home vacuum sealing machines.

But this isn’t to say that vacuum bags are right out of the question for aging.

What it will mean is that if you use vacuum sealed bags to store and age your cheeses, they will age differently than if they are waxed.

Because of the lack of gas and oxygen exchange you may find that the flavours develop differently in a vacuum sealed cheese. They tend to be a bit flat, and under-developed.

Also, without anywhere to go CO2 and ammonia will build up and can create quite a rancid smell, and a sour taste and the texture of the cheese might be different than expected too.

You will also notice that there will often be excess moisture held in the bag. This occurs because of the pressure exerted during the vacuum sealing pulling the whey out towards the surface of the cheese, which normally wouldn’t happen.

Sitting in this moisture can increase the rate of maturation of your cheese so you will want to track your aging periods more closely.

And on a totally cosmetic front, vacuum sealing may also crease or dent your cheese when pulled in and wrapped tight. Not a big deal for most though. Once it’s cut and ready to eat, it won’t matter a bit.

It’s Your Choice At The End Of The Day

If after reading this, you decide that you want to vacuum seal your cheeses, then a great compromise is to first age the cheese naturally for it’s minimum aging period (1-2 months depending on the cheese) and then vacuum seal it for further aging.

This will help to reduce the moisture in the cheese, and let some of the flavors develop more typically before being sealed up.

Also, it is recommended that you reduce your temperatures for vacuum sealed cheeses, particularly if you are going to leave them for longer, to slow down the increased maturation as mentioned above.

To conclude, vacuum sealing cheese won’t necessarily ruin your cheese, it might just change the end result a little but if you are more concerned about ease of handling, preservation and storage, give it a go.

Test to see whether it’s a method you like, or not. You’ll only truly know by trying : )

Do you have any questions or comments about the vacuum sealing preservation method? Join the discussion over at the Curd Nerd Forum. We would love to hear from you!