Aging, preserving and storing cheese can present a few challenges for home cheese makers, between battling with rinds, molds, brines, wraps and waxes and trying to control humidity and temperatures.

There are many tried and true methods and just as many personal recommendations for how to nurture and protect your cheese and it can all get a bit confusing about what works and what doesn’t, and for those wanting to be true to the art of cheese making, what’s wrong and what’s right. 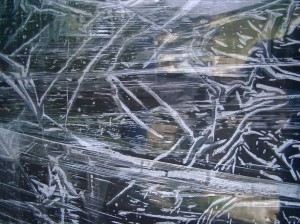 One question I often get asked by readers of Curd-Nerd wanting to overcome their storage and aging issues is whether cling film can be used for wrapping and storing cheese.

Cling film (also known as Saran wrap or Glad Wrap) is a plastic food storage product which has become a standard and, some would say, essential part of the food industry. It is a thin PVC wrapping medium which is made with plasticizers that make it flexible and tear resistant.

My instant reaction to the idea of using cling film for preserving and storing cheese is usually a firm No! But having been asked again recently, I decided that instead of just pressing forward my opinion on the matter I would do some research and try to get a definitive answer to this question.

It wasn’t as simple as I thought it would be.

Whereas some cheese makers and suppliers don’t seem to have any issue with it and in fact recommend using it for the safe, practical and cheap storage of your cheeses, others curse the stuff and advise makers, suppliers and consumers to stay right away from the stuff.

Other sources didn’t have an issue with cling film as such but suggested it should never be used for fatty foods such as diary (cheese) and raw meat, with high proportions of surface fat, as the plastics break down into the fats.

I then turned to Caneterbury Cheesemongers, my local cheesemongers who import, mature and sell cheeses from around the world, and they weren’t against cling film under the proviso it wasn’t left on for long term storage, was changed frequently (they change theirs most days) and isn’t reused once unwrapped (again due to the fact it begins to break down with the fats). 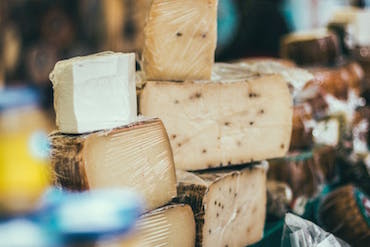 So, despite best efforts, I didn’t find a single, agreed stance on cling film but I’ll sum up the pros and cons that I deduced from my research and let you make your call on whether you use it or not. I’ll also provide my opinion since it was asked for in the first place and I now have much more information behind it.

When all is said and done, matured cheese can certainly tolerate a short period in cling film for storage, not aging! It will help you keep your cheese moist but for me personally, it remains my least favorite or recommended storage material for cheese and is still, in my opinion.

Cheese plastic wrap is definitely a big No! for during the aging procees.

What are your thoughts? Do you use cling film? Will you continue to? Or have you avoided cling film in your cheese making adventures? Join the discussion over at the Curd Nerd Forum. We would love to hear from you!