In the past we’ve talked a little bit about various ways to reduce the cost of your home cheese making adventures.


It seems costs savings are still on the minds of some home cheese makers since we’ve been asked a few times now if existing cheeses can be used as cultures for making new cheese, as a means towards saving money. 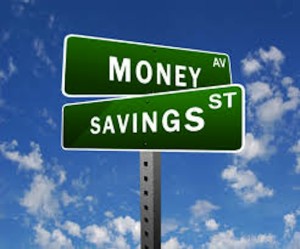 Answering this question is easy.

Yes you can use existing cheeses as cultures.

In fact this method has been used for as long as cheese has been made to pass on a desirable strain of bacteria and preferred type of cheese through families and even across villages, countries and continents.

But there’s a little more to it now that we’ve got access to commercially made cultures. There are still a few good reasons to harvest your own cultures, but there are also some draw backs so let’s look at whether propagating cultures from an existing cheese is a good idea or not.

The Case FOR Using Existing Cheese As Cultures

There are a few seemingly good reasons for having a go at using an existing cheese as a possible source of cultures for your new cheeses.

Purchasing commercial cheese cultures can be one of the most expensive aspects of home cheese making and any opportunity to reduce cost while still being able to enjoy the hobby of cheese making, and the wonderful results of that hobby, is enticing.

If you have a particular cheese that you enjoy which is made by a commercial producer you might want to try reproducing that cheese for yourself. Without knowing what cultures they used it could seem impossible to replicate what they’ve created but with a little of the cheeses ‘DNA’ you may have a better chance.

Let’s be honest, most home cheese makers have a little bit of the adventurer in us and we like to see what happens if we do one thing versus another. Experimenting is an inherent part of cheese making and trying to inoculate a new cheese with old cheese is just another one of those fun experiments.

The Case AGAINST Using Existing Cheese As Cultures

There is absolutely no way you can know what bacteria, good or bad, you are adding to your cheese. Yes, you may get the good stuff you were hoping for and end up with a cheese similar to that which you were trying to replicate, but you may also get a bunch of nasties that you weren’t expecting, without knowing what was going on with the cheese you harvested from.

Likewise, you can’t predict how the existing cheese cultures will react with the milk, and how the acid levels will be affected. Commercial cultures are manufactured to be more predictable and create a ‘typical’ response so for the home cheese maker, especially a new one, they are the safest way to get a reliable outcome.

To use the existing cheese you need to do a bit more work. First you need to harvest a piece of the cheese, then either dry it, grind it down to a powder and mix it with spring water to add it into your cheese, or harvest your cheese, blend it with boiled and cooled milk, leave it overnight to check for viability (which is evident if the milk coagulates after the existing cheese is added) and then add that mixture to your new cheese. Can you be bothered with the extra time and effort? Or would you rather just sprinkle a few pre-made spores in and carry on with the rest of the process?

In the full scheme of things are the cultures really that expensive compared to what you could spend on cheese? I know that here in New Zealand, even with the cost of cultures, milk, and rennet, making my own cheese is still cheaper than buying it. Especially for the fresh cheeses. Up front, cultures might seem costly but the amounts that are used are small and as a total contribution to your cheese cost, it’s still pretty reasonable.

And in addition, if your harvesting experiment doesn’t go well, you could lose more money in the milk and rennet that never becomes the cheese you were planning on, or it becomes a bacteria ridden frankencheese ; )

If you do decide to go ahead and harvest an existing cheese for cultures then just make sure you do so with the most stringent of cleanliness and caution so as to avoid introducing any unwanted bacteria.

Use a cheese that looks well stored and presents in a good state at purchase and, if possible, take your harvest from the center of the cheese when you first cut into it.

While taking this kind of care is a bit of a departure from the rustic way it was done traditionally, and many people scoff at taking all the extra care when for centuries people would just slice off a chunk of cheese and hand it around for the next person to use, I personally would rather avoid getting ill from my experiments than be a stickler for the old ways.

Do you have any questions or comments about propagating cultures? Join the discussion over at the Curd Nerd Forum. We would love to hear from you!

Cheese Cultures Make Your Own And Save Money

How To Add Cheese Starter Cultures

5 thoughts on “QA9 – Can You Use Existing Cheese As Cultures For New Cheese?”